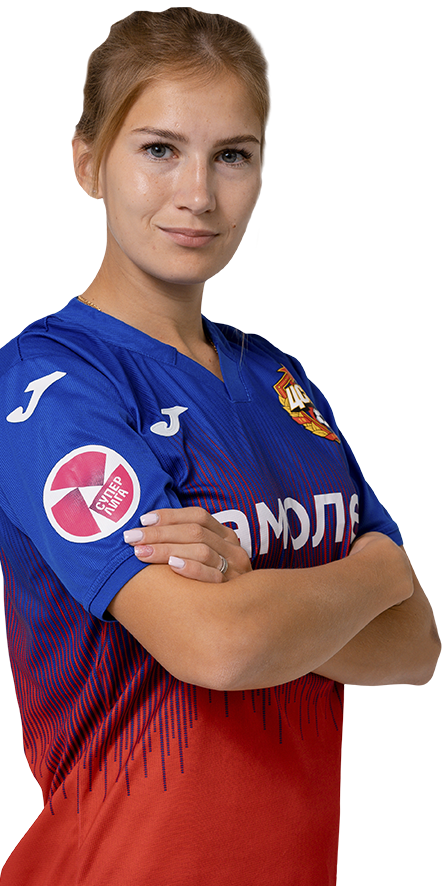 WFC CSKA, Gabrielle Onguéné, together till 2023

Cameroon national team captain extended her contract with our club.
Gabrielle Aboudi Onguéné is a true legend of WFC CSKA! Gabrielle joined our team in 2017 and in the first season helped CSKA to win the Russian Cup. In 2019 and 2020, Onguéné became the champion of Russia as part of WFC CSKA. At the moment, Gabi has 98 matches for the team and 36 goals scored – the best record among all the players who have ever played for our team.

Gabrielle Onguéné, WFC CSKA player:
– I am very glad that I have extended my contract with WFC CSKA. The club presented a very interesting project, which I liked. I want to be a part of this team and play with the players who will write the most beautiful pages in the history of the CSKA. In the coming years, I would like to win the treble with the Army team, that is, the Russian Championship, the Cup, and the Super Cup, without forgetting about the Champions League.